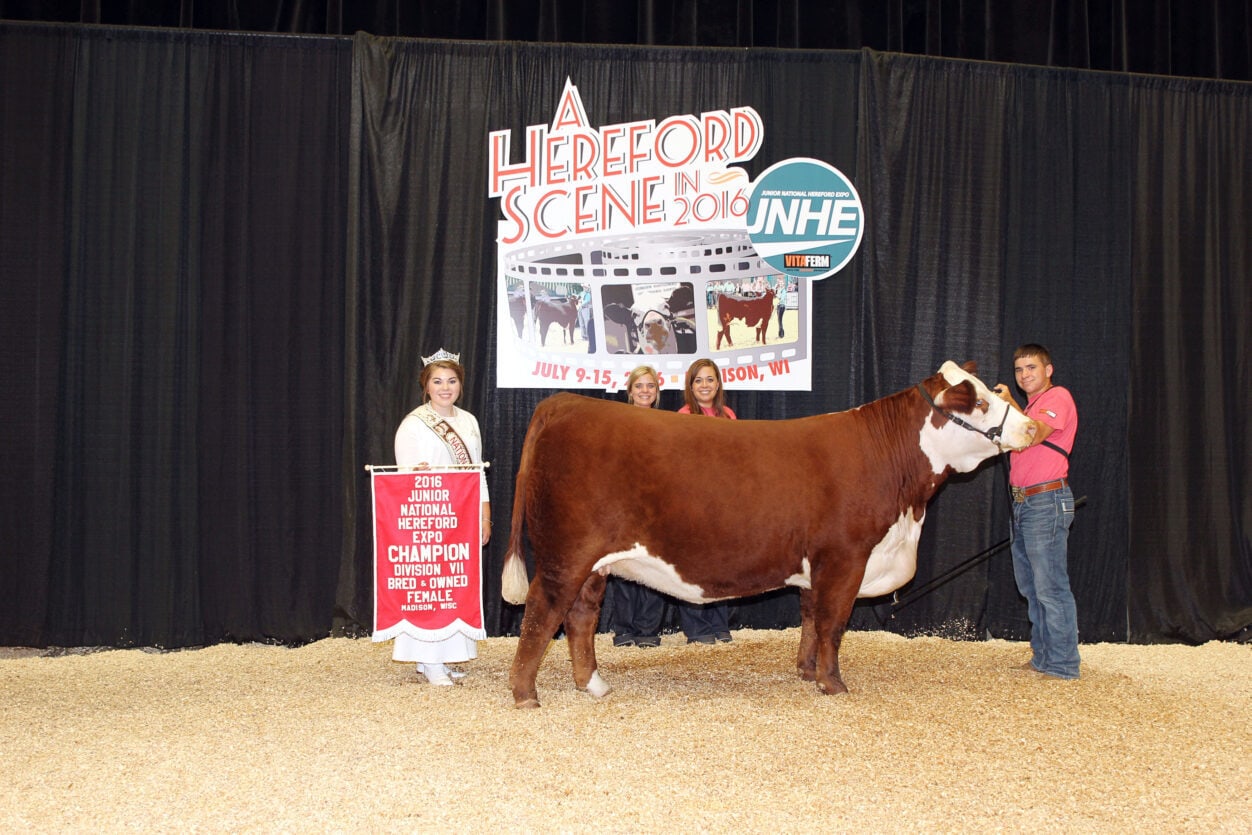 The Story of Sweet Tart and Skittles

In our family of four kids, getting everyone a good heifer to show was never easy.? Seems like most of the time the heifers were picked according to age of siblings.? Oldest kid gets first pick on heifer and as one aged out another moved up to get first pick. When a heifer is born on your birthday, you would get first pick on that one.? When Skittles and Sweet Tart were born, Brody the youngest, was given the option for first pick and on top of that Sweet Tart was born on his birthday.? Big sister, Harley, had her eyes on, Sweet Tart.? Brody decided that Sweet Tart, was not the best heifer and he picked out the sweetest calf in the barn, DumDum to be his show heifer for the 2015/2016 season.? At this point, Shelby and Koby were both in college.? That left Harley, in her senior year, with the next pick, and she took no time at all, Sweet Tart was the one for her.? Harley and Sweet Tart were a great team and she won Grand Champion many times and Brody was wishing that he had selected Sweet Tart himself.? ??DumDum didn’t? work out very well for Brody and she finished middle of her class at the shows she attended.? So when we started planning for Junior National, we went back to the pasture and got Sweet Tart?s full sister, Skittles.? Skittles and Sweet Tart were going to be in the same class and Division at Junior National, and both were bred and owned for Brody.? We decided that hauling them both was not the best idea we ever had, but it was what the kids wanted. Junior National in Wisconsin rolled around and sure enough both, Skittles and Sweet Tart ended up in the exact same class for bred and owned, so that allowed Harley to be on the halter for her and Brody was there with Skittles.? There they were in the showring and the judge places Harley and Sweet Tart in first, followed by Brody and Skittles in second. After much thought and? deliberation, ?Lydell Meyer, swaps the two, at the top of the class and Brody and Skittles end up winning class and division, followed by Harley and Sweet Tart.? I will never forget the look that Brody gave Harley.? It was a priceless moment.? The following day, in the owned show, the same thing happened.? Now Skittles and Sweet Tart are donors for Hidden Oaks Ranch.? The genetics of these two donors have been very popular and we expect a great future of these offspring.? Both Sweet Tart and Skittles will be featured as Lot 1 and Lot 2 in our sale on May 16, 2020.